All too often, when the issue of pollution is mentioned, the average Nigerian’s mind reflexively goes to such features as refuse collection and waste management, perennial floods that practically paralyse many states during heavy rains or the leakage of harmful elements into water distribution systems, thus endangering the lives of innocent citizens across our urban areas. All these are undoubtedly sources of environmental pollution with negative consequences for the physical, psychological, emotional and mental well being of those exposed daily to the menace. 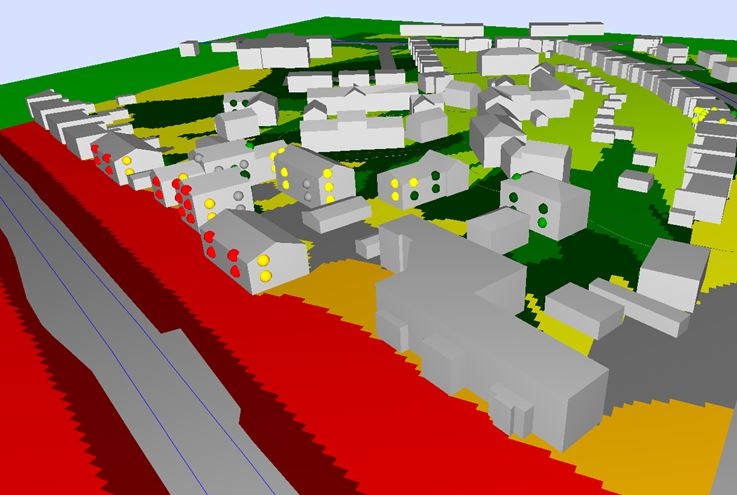 However a no less insidious and damaging form of pollution is noise, which also has deleterious implications for the economy and the productivity of workers in the public, private as well as informal sectors of the economy.

Those religious groups that install external speakers as a way of proselytizing and winning converts must realise the folly of such obtrusive tactics. For, in most cases, residents of the communities plagued by their noisy evangelism come to be resentful of religions that they perceive as acting in ways inimical to their peace.

Incidentally, Lagos State, the country’s commercial capital and industrial hub had also long before now taken steps to reduce to the barest minimum the incidence of noise pollution in the state. This is certainly a no mean task given the huge population of the state, the density of vehicular traffic on its roads and the number of large markets for diverse commodities that dot its landscape. In 2015, credible statistical figures indicate that there were 1,527 reported cases of noise pollution in the state with 57 engendering medical concerns.

Indeed, the Lagos State government had earlier imposed a fine of N500, 000 as sanctions against any individual or group that flouted its anti-noise policy. Under the Babatunde Raji Fashola (SAN) tenure as governor, for instance, the administration instituted a ‘horn-free day’ during which motorists were encouraged not to hoot their horns on a particular day. Unsurprisingly, the otherwise well meant policy had minimal impact and has been unsustainable.

In an interview, consultant ear surgeon, Emmanuel Abayomi Oduwole, pointed out that “Exposure to noise should not be greater than 90 decibels for eight hours per day and five days in a week” warning that anything above that level could lead to permanent hearing loss. What is most dangerous, the expert said, is that the hearing loss may proceed gradually and imperceptibly with the victim completely unaware until it may be too late.

Some doctors have also warned that prolonged exposure to loud noise can result in ailments like epilepsy and cardiovascular disease. A relatively less noisy environment, on the other hand, can improve quality of life as well as boost life expectancy.