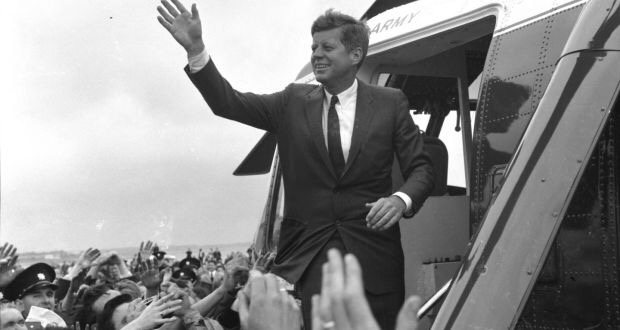 An advertisement for the wind energy industry amounted to political advertising which is banned in Ireland, the broadcasting regulator has ruled.

The Broadcasting Authority of Ireland (BAI) held The Power to Power Ourselves campaign from the Irish Wind Energy Association (IWEA) was an attempt to influence government policy and so was political advertising. Such advertising is banned under the BAI’s general commercial communications code.

The advert highlighted Ireland’s dependence on imported energy and featured former US president John F Kennedy’s words to the Dáil in 1963. The BAI upheld complaints against RTÉ and TV3 which broadcast the adverts in January and April. It acted on foot of complaints from a member of the public, Francis Clauson. In his submission to the BAI, he said wind energy was “a matter of significant political dispute”.

RTÉ and TV3 denied they breached broadcasting guidelines. RTÉ noted the advert did not mention anything about setback distances or the noise from turbines.

RTÉ told the BAI the advert was directed towards the commercial end of wind energy and “not towards any political end”.

TV3 also denied the advert was political in nature. It was, said TV3, “not a call to action in any way” and was clearly “directed towards a commercial end, namely increasing the use of wind energy for commercial profit”.

The BAI compliance committee deemed that an advertisement does not have to be party political to be political in nature. It could also include attempts to influence a change in law or to keep the law the same.

It held the advert amounted to an “implicit criticism” of energy policy in Ireland. Highlighting the fact that Ireland was 85 per cent dependent on imported energy amounted to a “call to change”.

It noted the advert was aired in the general election campaign. The BAI said: “The committee considered that while wind energy and renewable energy are businesses, they are ones which generated current public debate in the country during the period in which the advertisement was aired.”

It concluded the advertisement was a breach of the Broadcasting Act 2009 which prohibits advertisements designed to influence government policy.

The IWEA said it was “surprised and disappointed” by the ruling and failed to understand the rationale behind it.

“The advert in question was factual and not intended for political purposes, and RTÉ and TV3 were both fully satisfied that it complied with broadcasting regulation.”