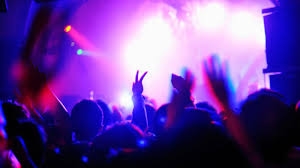 Two popular night clubs in Kilimani  (in the city of Nairobi), were last week closed by the Nairobi county government following complaints from residents. The county said it had received numerous complaints from residents of loud noise, which led to the clubs’ closure on Friday night. The operation against Space Lounge and Grill and B Club was carried out by the police and county officials. One of the officials who took part in the operation said the two clubs had ignored numerous directives from the county to reduce noise pollution. The closure of B Club came a day before Tanzanian artiste Diamond Platnumz was to perform during a pool party at the club. Space lounge’s closure is a big relief to the residents. The club has been embroiled in a legal battle with the residents over loud music at night. Last year, the residents lodged several complaints with the county environment executive, but with little result. The residents complained that their children were exposed to loud music, sexual immorality and indecent behaviour inside cars and outside clubs. Due to this, some residents moved out of their homes completely. Court battle Those who remained moved to court and filed complaints against B-Concept Limited trading as B Club Nairobi, Kiza Restaurant and Lounge, Space Lounge and Grill and Explorers Tavern for causing residents to endure sleepless nights. According to their lawyer, Cecil Guyana Miller the noise and indecent behaviour was affecting their children’s ability to work productively and to concentrate in school. “Children cannot concentrate and study under these conditions,” said Miller. He added that the loud music and indecent behaviour were causing the residents a lot of agony and stress, which was affecting their well-being and health. “Because of the uncontrolled activities, residents are spending nights and weekends away from their homes,” noted Miller. He further noted that the respondents’ patrons were also interfering with traffic due to parking on access roads and even in residents’ compounds. The residents complained that the continued existence of the clubs within a residential area was a violation of their right to life, and a clean and healthy environment which is noise free as envisioned in the Constitution. More to follow They protested that National Environmental Management Authority (Nema), Nairobi City County Alcoholic Drinks Control and Licensing Board and Nairobi county government had done nothing despite the complaints. Despite being served with notices of the suit, the respondents had not filed their defences when the matter went for hearing in November 27, 2017 at the Judicial Review Court before Justice John Mativo. The judge directed that they file and serve their respective responses within 14 days and return to court in January 18 for hearing. Several other high-end clubs in Nairobi are targeted for closure, according to City Hall officials. The orders to close the premises came from Governor Mike Sonko.