A Minnesota woman has grave concerns about Alice Cooper, but the rocker is willing to help. 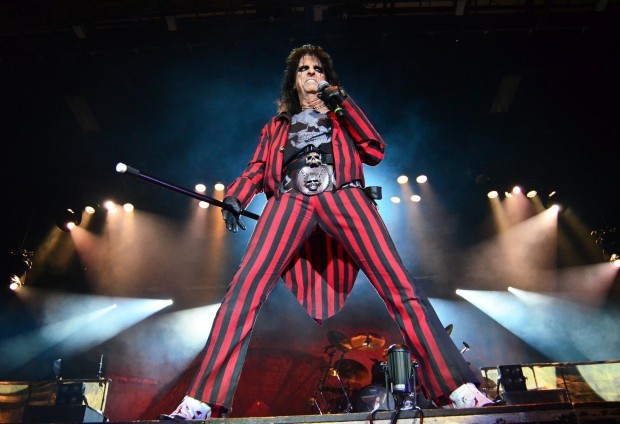 According to Southern Minnesota News, Barb Church of North Mankato, MN, recently argued before city officials regarding Cooper’s scheduled June 9 appearance at nearby Vetter Stone Amphitheater. Church complained that a show by rapper Nelly at the venue last year produced a noise level of 110 decibels at her home.

Responding via his Facebook page, Cooper said noise was a concern but, considering the distance between the venue and Church’s home, a level of 110 decibels was unlikely unless “the audience at Nelly’s show had their spleens ruptured by the loudest show on record.”

Offering an olive branch, Cooper added, “I’ll give her the benefit of the doubt. I’m a ‘Nice Guy’ after all. I guess I could have my snake swim over some earplugs…It’s the least I could do.”
Source ABC News, to read the article in full, click here.